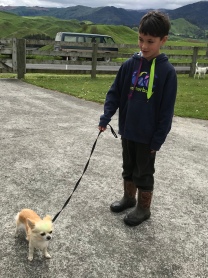 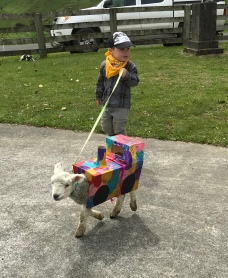 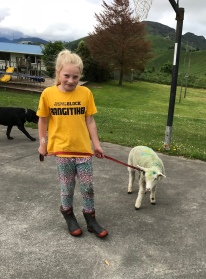 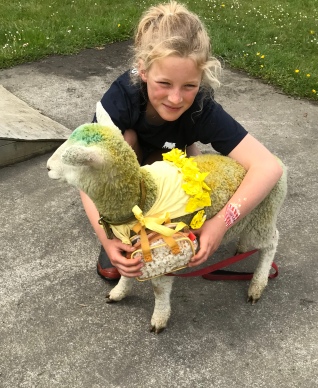 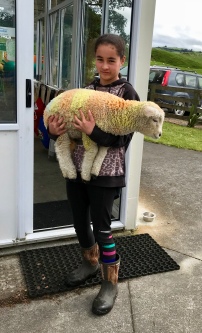 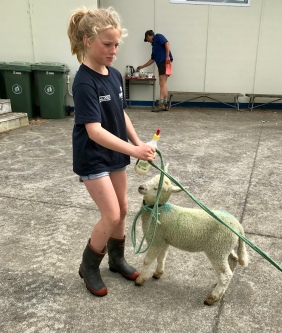 Pet Day is fun, although the animals pee and poop everywhere. They did cool tricks and we lead our pets around to get judged. Kawana and Bayden.

On Pet Day I took Tome and Isla took Kate. I dressed up Tome up in a devil outfit and Isla dressed Kate up as a Queen. I won best groomed with Tome. Isla

On craft day we put a glass in a old gum boot and we arranged flowers to put in the glass in the gum boot,. Next we did our sand garden. We used lots of decorations from home, and decorated the whole sand garden until there was not much sand showing in the silver tray. After that we decorated the cup cake and put icing on top with lots of delicious colours. Next we put on sparkles and decorations like chocolate chunks. Then we did the confectionary necklace by using  lollies and icing instead of using a glue gun or pva glue.  We also did a vegetable and fruit animal creation, we had to use tooth picks to stand the vegetable or fruit up. Then we did the unusual flower arrangement with all sorts of weird things to place the flowers inside.

The next day was Pet day. There were lambs, dogs, puppies,  a chicken and a calf. First the lambs went and the competitions were, hungriest, best calling, best led, best name. Then the dogs had their turn. They had, best led, best name, most obedient, best groomed, and calling. After that was most unusual pet, and the chicken won. After all of the pets were done we had best dressed pet, and best tricks. Once the competitions were over there were parents vs children challenge and races. Before the challenges we had a sausage sizzle and then we ate our lollies and cup cakes. It was YUMMY! Then we packed up and went home to relax. Tiana, Isla and Tor 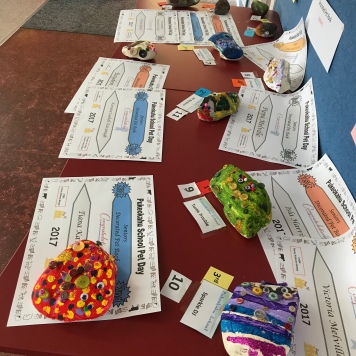 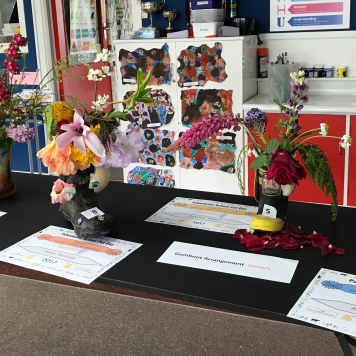